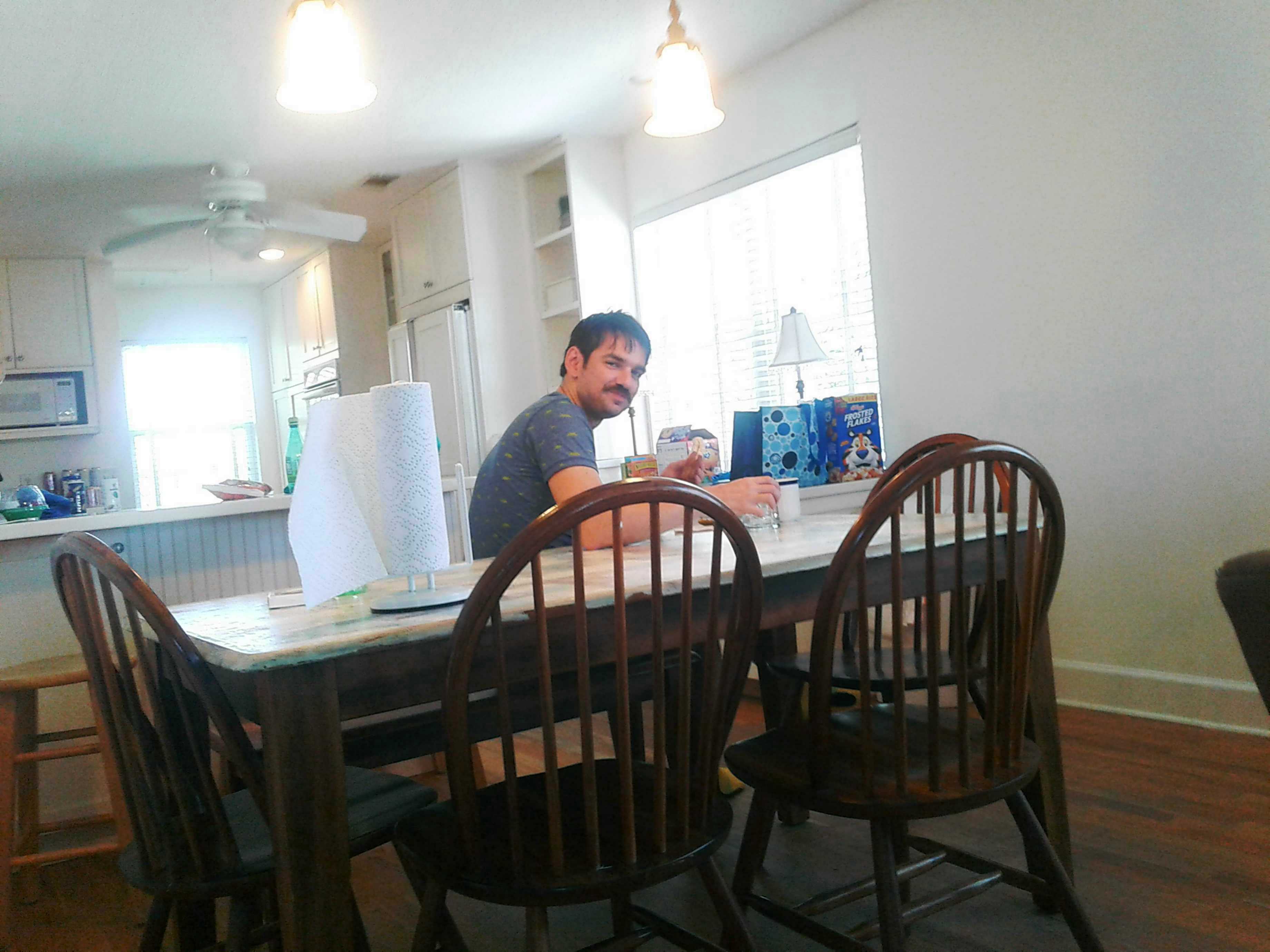 We’re on our second big vacation of the year. In February, we took our second trip to Disney World. Ashley wanted to take another vacation during the summer months. This time, she wanted her family to accompany us. We hadn’t had a family vacation with her family, outside of her parents joining us on our first Disney World trip last year. She wanted her brother to join us this time. Max had asked to go to the beach. Since we no longer lived next to a beach, this seemed like a natural destination.

There are quite a few options for beaches in the southeast. Ashley put a pretty harsh filter on our options though; she didn’t want anything in the Gulf and she preferred to stay away from heavy tourist destinations. Her initial suggestion was Outer Banks. After recognizing how much of a drive it would be for us and her parents, she looked elsewhere. She eventually landed on Tybee Island.

During our first Disney World trip, I watched a family have their pictures taken with one of the Big Four characters. One of their youngest, who seemed shy, was carrying a camera. As a way of getting him involved and to open up, the parents had their kid take pictures with his camera. I adored this idea. Years ago, when my nephew Dallas was about Max’s age, perhaps a little younger, Ashley and I handed him our point and shoot digital camera while in New York City. We gave him simple instructions on how the camera worked, then we let him take whatever pictures he wanted. We ended up with quite a few “bad” shots. However, we also ended up with my favorite shot from New York: a ground perspective shot of Ashley and me, with sky and skyscrapers above our heads. It was a different perspective. To this day, that picture still brings a smile to my face.

With all that in mind, Ashley and I bought Max his first camera. We wanted something simple that could take digital photos. Additionally, we wanted something easy to understand, fun, and cheap… just in case it took a bath. We landed on the Polaroid Snap. So far, I have been very pleased with this (and so has Max). The picture quality may not be the best, but Max loves the camera. I am excited to see the world, one snap at a time, from his perspective.