Ode to the Cadillac ATS

The end of a lease 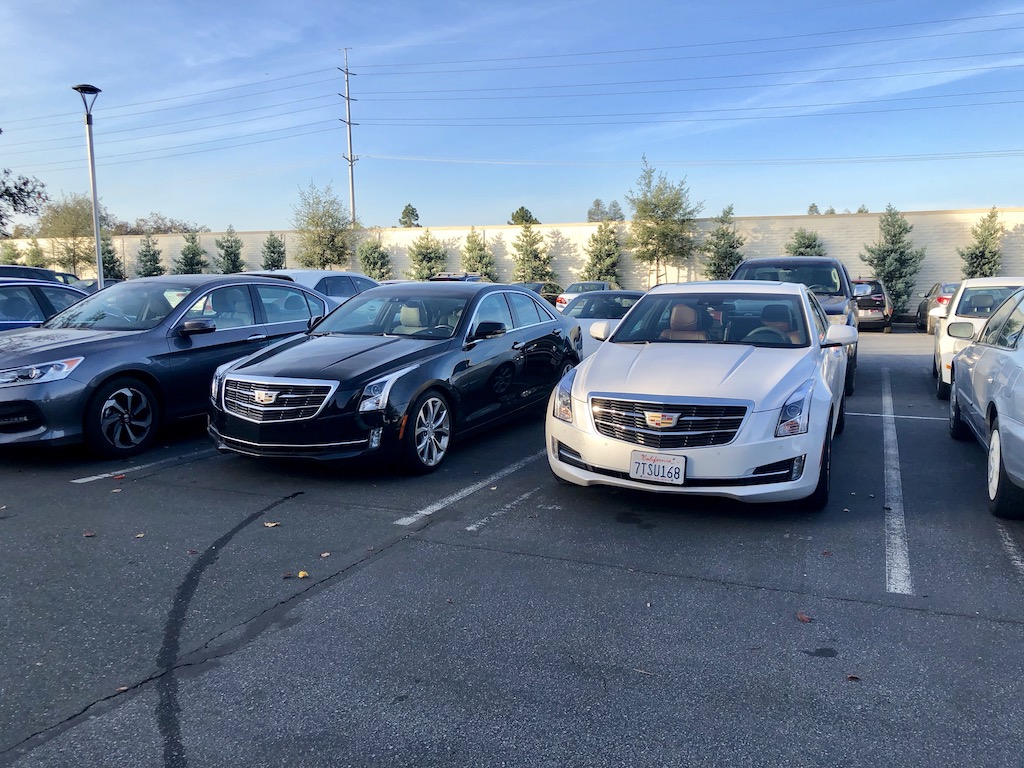 After buying a house in Aptos, Ashley and I realized we needed to get a second vehicle. There are shuttle options from Santa Cruz, but getting to those bus stops would be a nightmare with only one vehicle. Unfortunately, there were no good public transit options to get to the coach stops and it would have been quite a trek on a bicycle. Additionally, I was in charge of dropping Max off at daycare in the mornings. We didn’t want to buy a vehicle. We also weren’t sure what would be the best option purchase-wise (after just buying a house). We opted to lease instead.

This was our first lease. I had heard and read about the process. I had also been raised to believe that renting or leasing was a “waste of money”. I understand the argument, but I also don’t believe that rushing into a large purchase is necessarily a good idea for the sake of “saving money in the long run” (sort of like selling a house that you bought in Aptos two years after buying it…). I put together a list of possible vehicles. I had decided I wanted something a bit more premium, but not ridiculous. I also didn’t want a huge vehicle. A small sedan seemed practical. The list was shortened to three makes: BMW, Jaguar, and Cadillac.

The Cadillac brand has always held a special place for me due to nostalgia and my family. My family always believed that a Cadillac was a symbol of status: you were doing well for yourself if you drove a Cadillac. After test driving those three, I deliberated. Even though the Cadillac was Ashley’s least favorite, it was my favorite. Seeing as how this was going to be “my” car, I opted for the ATS.

For a bit over two years, the ATS was my commuter car. I did not always drive over the hill from Santa Cruz to the office, but I at least had to drive it from Aptos to Scotts Valley almost every week day. Once we decided to move back to Nashville, I realized I wouldn’t have a need for a commuter car anymore. We decided to ship it with us to Nashville anyway. After adjusting to our new setup in Nashville, we also realized that we really don’t need two cars (or at least, not with any regularity). We knew that once the lease was up, we’d return the Cadillac.

I knew the day was coming, but it still made me a bit sad to hand over the keys. It only took a few minutes to complete the process. I hand them the keys, they do a quick visual inspection, then have me sign some paperwork. The paperwork basically details that I’m not lying about the mileage on the odometer and that I’m turning over the vehicle back to GM. There is a more involved inspection that I did a few weeks ago to determine if there were any damages to the vehicle that would warrant extra charges (to which there were none warranted). I believe the thing that affected me the most was how attached Max seemed to be. He even had a nickname for my car (🚀). Fortunately, he understood and handled it well; I had prepared him for the car going away a few weeks before we turned it in.

It was an interesting process. I would definitely consider leasing as an option in the future if the situation seems appropriate. It’s basically a long term rental of a vehicle. I believe that long term rentals are appropriate in certain circumstances and not always a “waste of money” as so many in my circle attempted to impress upon me.